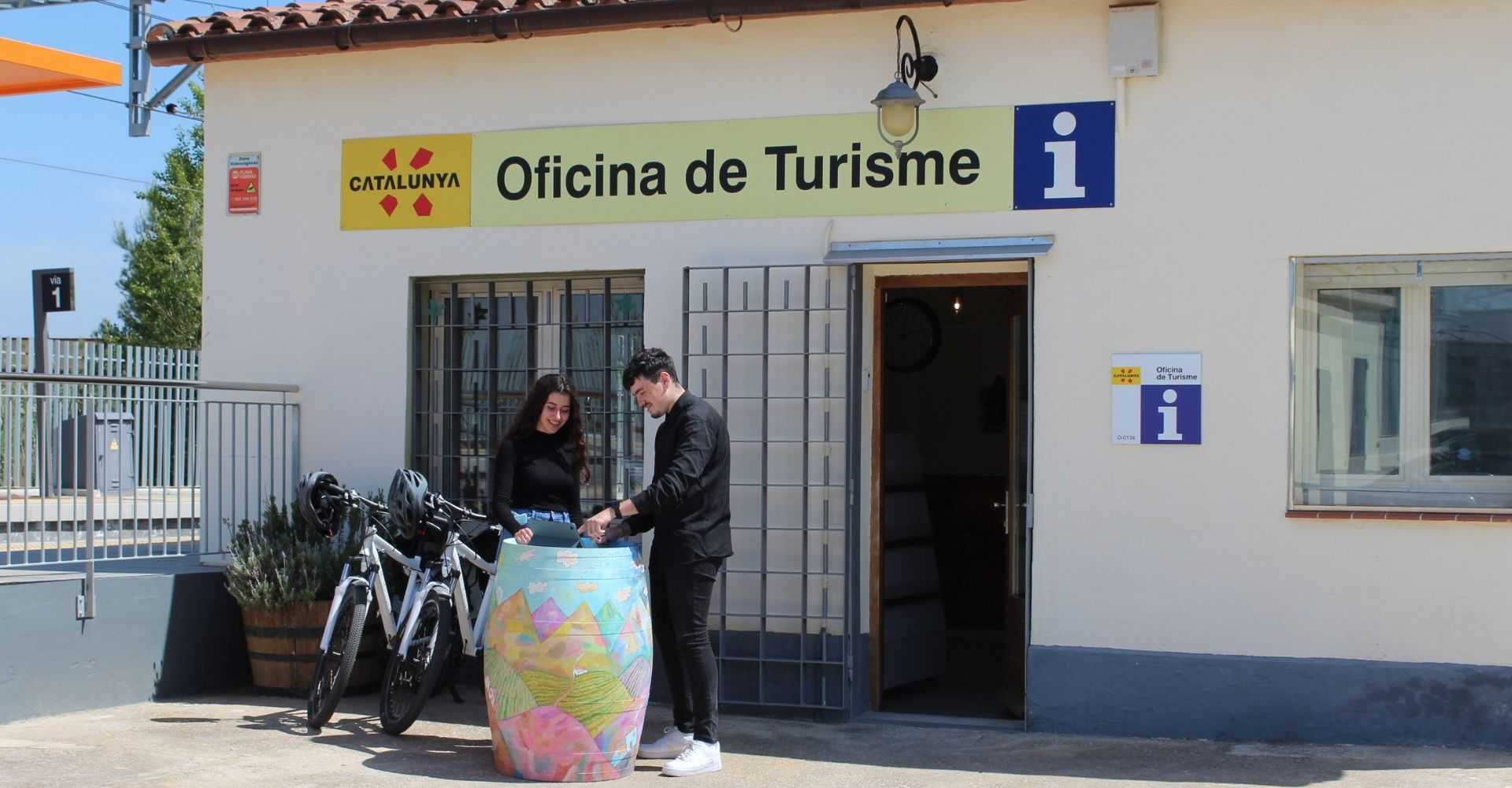 Lavern Wine Station offers a unique location for tourists and sustainable transportation by combining trains and bicycles. It has a parking service, train service, tourist information service for visitors, rental of all kinds of bicycles, area for caravans, recreation area, 24 hours outside tourist information and is the starting point of the Subirats routes.

A highlight of this location is the Subirats Tourism Office, strategically located in Penedès surrounded by vineyards and roads that connect to other municipalities. It was inaugurated in 2002 and during this time has been established as the main municipal tourist facility and base for tourist information services, visitor welcome, and dissemination and revitalisation of tourism.

In the same location is the Lavern train station, where the trains that bring you to Subirats stop: Rodalies de RENFE line R4, from Manresa or Terrassa, destination Sant Vicenç de Calders, passing through Barcelona and the Penedès. It was inaugurated in 1958 and in this time has become the train station for Subirats and its neighbouring municipalities. Passenger service for Rodalies de Catalunya can be found at the tourism office.

Summer schedule
(from April 1 to September 30)

Accessible for people with reduced mobility and/or strollers.

The origin of the project dates back to April 27, 1946, when the Count of Lavern’s daughter, Mª Antònia Maristany, of Can Maristany, married Frederic Travé Alfonso, nephew of the chairman of the board of directors of RENFE, Eduardo Alfonso. They set up a special convoy for the guests.

They married in the parish of Sant Pere de Lavern to be able to have the banquet in the bride’s family’s farmhouse, Can Maristany. At that time, the railway company committed to building the station, which was delayed for another decade, despite Mayor Antoni Casanovas’ promise. Ultimately, the residents built the station. The electrification of the line in 1956 most likely accelerated and contributed to making first the stop, and then the Lavern-Subirats Station a reality.

The arrival of the inaugural train at Lavern-Subirats train station dates back to that historic March 25, 1958. It had all the characteristic elements of the time: thanksgiving mass at 12 noon, and at 1:45 p.m. the authorities arrived on the first train, with a chaplain blessing the place, which gave way to the official opening of the stop. 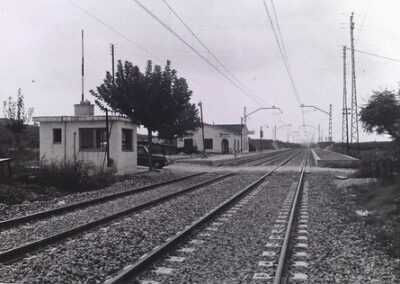 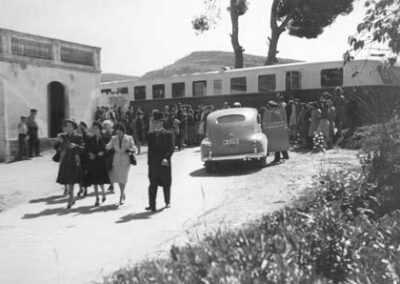 You can get to Subirats by train, rent a bicycle in EnobicingPenedès at the same station, cycle for miles through vineyards along the Subirats routes and enjoy stunning views of the whole region. If arriving by car, free parking is available at the station. The electric bike cycling activity along the Subirats routes is combined with the offerings of cellars and wineries. In Subirats there are 27 wineries, many of them open for visits and tastings on terraces amongst the vineyards and bar service to have a glass of wine with an aperitif. + information

Lavern Wine Station also offers a caravan area and a recreation area set amongst the vineyards. It is located next to the municipal bicycle rental equipment and is part of the RV Penedès Sites & Vineyards Network.

The caravan area is complemented by “the Charm of Subirats by caravan” experience, linked to the Subirats routes, and the offering of wineries, restaurants and accommodation that also offer parking for caravans within their estates; a period of two nights, and a maximum capacity of 4 caravans.

Open 24 hours, every day of the year