The Penedès Via Augusta in Subirats

A walk with more than 2,000 years of history

Penedès has recreated the route of the Via Augusta as it passes through the region, as a route that allows you to discover the vineyard area. A landscape of paths, trails and cattle tracks that transform in shape and colour each season.

The Via Augusta route includes the train stations in the area so that it’s accessible by public transit—a sustainable option both on foot and by bicycle. The route’s points of interest are indicated with milestone markers. The milestones were stone pillars located along the road indicating the kilometric points, which calculated the distances in miles during the Roman Empire.

Visit the Via Augusta Penedès website for more information. 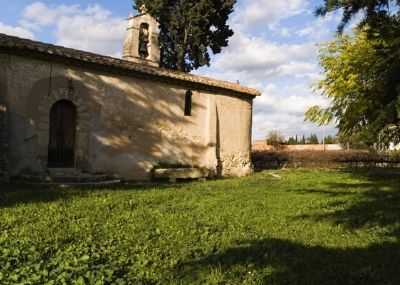 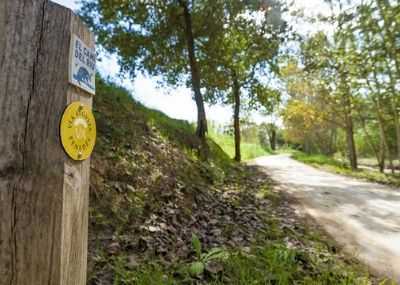 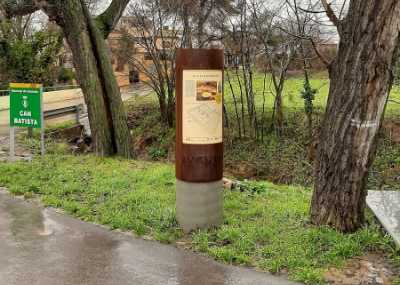 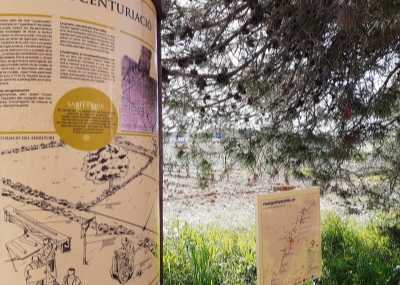 Sections of the Via Augusta in Subirats

A highlight of the first section of the route is Subirats Castle, which is it an elevated position on the passage of the Via Augusta. It stood as a checkpoint during the war between Christians and Saracens in the 10th century.

Also the medieval village of Torre-Ramona, with the Romanesque church of Sant Joan, and the Gothic-Renaissance Palace, Palau Gralla.

In this section, we find a milestone in the centre of Can Batista, which tells us about the wineries in the Roman villas of the ancient Roman Empire and the Sant Pere de Lavern church.

A highlight of the second section, from Lavern to La Granada, is the Romanesque chapel of Sant Joan Salerm next to the Can Bas farmhouse, documented as early as the 11th century.

In this section of the route, you can contemplate plains full of vineyards traversed by streams and forests with historic farmhouses, such as Can Bas, and La Salada, the latter documented as early as the 14th century.

There are milestones in Can Bas, where you can find out how the Roman mansios worked; in the town of Can Cartró where you can discover the Roman aqueducts; and finally in La Granada.